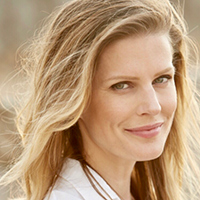 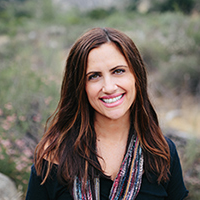 Is the APA doing away with NPD?

In light of recent news that the American Psychological Association (APA) is considering lumping Narcissistic Personality Disorder (NPD) under Anitsocial/Psychopathic Type, I have done a great deal of reading to understand their reasoning.

It appears there are two schools of thought offering an explanation thus far. One school of thought is that Narcissism has become so commonplace and so encouraged in America that the APA will simply no longer recognize it as a disorder due to political reasons. I certainly hope this is not the case. I do not want to believe this theory, but it's out there and we need to acknowledge it.

The second school of thought resonates with me much more. It explains that because people don't realize how dangerous individuals with Narcissistic Personality Disorder (NPD) can be, the APA wants to classify them under a more serious category, such as psychopathic.

Unhealthy narcissism, on the other hand, is the enemy of healthy self-esteem. It's something that looks like the real thing on the surface, but is not. Narcissism destroys people and occurs when someone is so consumed and obsessed with themselves that they have lost the ability to recognize others as separate entities.

They literally think people exist to serve them. They believe others are an extension of them to be used at their disposal. When narcissism becomes this extreme in a person, it is what we call pathological narcissism or Narcissistic Personality Disorder (NPD). People with NPD have no ability to empathize or feel compassion for others. They have no remorse and see relationships as nothing more than a means to an end. They use people in relationships and discard them once they believe they have sucked them dry and taken them for all they're worth.

Personally, I believe referring to unhealthy narcissism as NPD or pathological narcissism differentiates it from healthy narcissism. It appears the APA may not agree, which could be why they are considering moving NPD under AntiSocial/Psychopathy Type. They want to help people realize the severity of NPD so they can protect themselves.

While this could be a good thing because it would help in court cases where a pathological narcissist has destroyed another's life, I fear it might also cause us to regress in our understanding of personality disorders. There are 10 personality disorders in total and while they all have one theme in common (inability to attach to others in a healthy way), they also have their own unique traits.

While it's too early to tell what the APA plans to do, I think it's important to look at why personality disorders are on the rise in today's society.

WHY PERSONALITY DISORDERS ARE ON THE RISE

Our world is changing. Technology is increasing communication methods, yet at the same time decreasing human connectedness. People communicate with one another virtually more than face to face. In such a fast-paced world that is absorbed in technology and consumed with consuming, how available are we to form connections with others that foster empathy and compassion?

Sadly, today’s culture rewards selfish and arrogant behavior. Narcissism is validated and reinforced everywhere you look.
We consume celebrity gossip and watch entertainment news as if our lives depended on it, as if the lives of these celebrities somehow have an impact on our well-being. We do not know these people, nor will we ever likely meet them, but for some reason we are fascinated with what they are wearing and who they are dating.

Research tells us that today’s college students are more narcissistic and self-centered than their predecessors. Psychologists worry that the trend could be harmful to personal relationships and American society.
Look at our economy. I believe it’s pretty clear that American society has been overtaken by narcissism. We would not be in the mess we're in if CEOs had given any thought to the numerous employee pensions they were stealing from in return for fat bonus checks or golden parachutes. Don’t let me get started on government and politics. Our economy has suffered greatly at the hands of individuals who will most certainly go down as some of the most infamous narcissists in history. We can no longer afford to deny the fact that we live in an era where personality disorders thrive.

Research points to 6 reasons personality disorders are on the rise in modern urban cultures.

1) Instability and the inability to adapt

A person’s personality develops by the time they are five to six years old. Healthy personalities evolve and adapt over the course of a lifetime while core characteristics remain the same. People with personality disorders are unable to evolve in a healthy way. Individuals who experience a high degree of instability in the first six years of their life are more likely to develop a personality disorder.

In recent years, the US divorce rate has exploded. As a result, more children are raised in single parent families where chaos, abuse/neglect and other disruptions and disconnections are more likely to occur.

In addition, technology has made us a more digitally connected, less physically connected society. As a result, some youth spend more time interacting with digital devices than establishing any real human relationships.

I grew up watching Growing Pains, Family Ties and Facts of Life. These shows taught valuable life lessons about what it means to be a good friend or family member. Who do our children model their behavior on today? Reality stars! Reality television teaches our children how to stab someone else in the back before someone else takes them down first. Reality stars are rewarded for behaving like obnoxious, selfish, malicious, vindictive spoiled brats. This sets a horrible example for our youth to model.

Whatever happened to quality entertainment and true respect for actual talent? People used to gain notoriety for a skill, such as being an artist, musician or great actor. Having such talents deservedly brought someone fame.

Unfortunately, this is no longer the case. Today, people become famous regardless of whether they have a talent. Ann Coulter and Howard Stern, for example, have become famous for being obnoxious, crude and downright rude to people. Other stars, such as Paris Hilton and Kim Kardashian are simply famous for spending daddy’s money. What talent brought these ladies recognition? They are simply famous for their family's wealth? Oh wait, they each solidified their notoriety by making a pornography video with their boyfriend. Wow, what wonderful role models for our youth. Do people not realize their daughters are idealizing these women? This should be of great concern to many, yet narcissism is celebrated and rewarded everywhere you look.

4) A society of individuals

Advances in technology have caused us to become more socially isolated. Telecommuting has increased. As a result, more and more people work from home interacting with a computer every day instead of having any real human interaction.

The self-esteem movement that started in the 1970s has inadvertently given people high expectations of entitlement without putting in the requisite work typically required for such recognition. Today’s college students expect a B in class just for showing up, regardless of how they perform on tests or assignments. If they don’t receive the grade they want for doing very little, they escalate it by getting their parents involved or going to the dean. I’ve heard of helicopter parents in high school, but in college? I can’t imagine, yet it happens every day. I hear stories firsthand from friends of mine who work in academia.

We live in a litigious community where people have no problem suing others if they don’t always get what they want. What does this teach our children? If you don’t have what you want, just go out and take it from someone or screw them out of it? This creates nothing but a breeding ground for individuals with personality disorders.

Eddy, W. (2008). It’s all your fault! 12 tips for managing people who blame others for everything. HCI Press

Permalink Submitted by michele115 (not verified) on December 11, 2010 - 1:09pm
It appears there are two schools of thought offering an explanation thus far. One school of thought is that Narcissism has become so commonplace and so encouraged in America that the APA will simply no longer recognize it as a disorder due to political reasons. I certainly hope this is not the case. I do not want to believe this theory, but it's out there and we need to acknowledge it. This is my fear. When you read the rest of Lisa's article, it seems that this may in fact become the reality, simply because of all of the factors she discussed...change in society, technology etc...

on The Path Forward Recovery Program! Sign Up on FB

Receive a Free Copy of
Chapter 1 - Step 1
"Understand It"

All About Her Buy Now Reviews